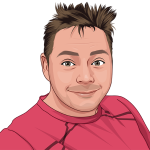 Make way for the Battling Ruskies, because it’s time for Heart of A Champion!

As a former professional wrestler and pro wrestling referee, Albie brings some unique and funny insights to this episode that are not to be missed.

We also bring you an interview with two-time Quantum Leap guest star Susan Isaacs. Susan appeared in both Heart of a Champion and The Last Gunfighter. She chats with Albie about her time on the show, and her long and diverse career as a performer, writer and teacher.

Need more wrestling action? You’re in luck, because Chris interviews Barren Space’s own Gabe LLanas about his new professional wrestling podcast A Month of Mondays! The long-time Thinking Outside the Long Box host talks about the inspiration that led him to embark on A Month of Mondays, and what wrestling fans can expect from him and his co-host Carl “Monday Night Carlo” during the new monthly show.

Listen up, or we will eat you like the capitalist pigs you are!